Metal transformation. Steel Cutting
Laser Cutting Forming Folding and Bending
Done by the High Efficient Machines
EN / TH
Articles When was the laser discovered? And what are its major operational principles?

When was the laser discovered? And what are its major operational principles?

It is believed that we have to know and ever heard about a light that is used in various aspects. It is the technology that was developed from the past until widely used which is called “Laser”. Of course, the role of this light is used in many aspects including the use of lasers as a component of scenes in films that related to the future world, as a weapon of the High-tech era or as a destructive object with enormously powerful based on the filmmaker’s views to  the role in the operational healing.

In the modern world, the laser has become the focus of people and it’s not too exotic. But it is believed that there are people who wondered how the laser was born and what are its benefits?

Laser is a light that different from other lights. It has special features. The beam is compressed to a small size. It has higher intensity than general lights and low divergence or called as Low-divergence beam and there is only single frequency.

Laser in the English language is officially called Light Amplification by Stimulated Emission of Radiation, or shortly called “laser” is the definition of this beam.

“Light Amplification” refers the increasing amount of photons or light intensity to better than normal. In generally, atoms or molecules are in the low energy class is considered as normal class, or E1 because of it is more stable state. Atoms or molecules are stimulated to absorb light or energy that provides they move upward into higher energy class, or E2. However, the energy state in this class is unstable. It can be stable only in the short term, and then it will release energy in order to re-establish itself in stable state in the E1 energy class again.

Therefore, the energy that release from atoms or molecules has the difference value between the E2-E1 energy. Whether exergonic reaction or light emission, it is in line with the natural process which is called Spontaneous Emission. 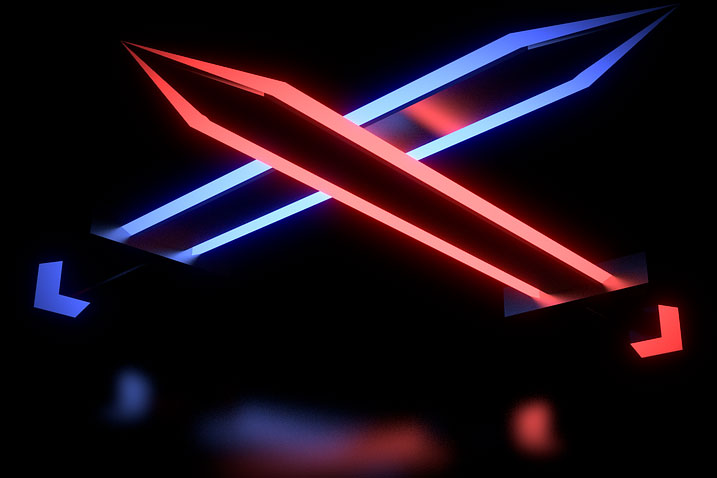 This light as above that pass into atoms or molecules will release the absorbed energy ahead of time. The emitted light has the size as same as the light that is projected into the stimulus whether the direction or the movement, it will be the same completely and the wave phase will be the same pattern as well. With such the principles, it is used in the current laser technology. Atoms or molecules of material used for laser treatment must be in a stimulated state. Light will moves through the material of the stimulated laser. It will cause light emission more than ever and increase the intensity of light at the same time. So, we will have higher photons.

This principle is the light amplification to the photon amounts are large enough to be used. By using two mirrors placed parallel to each other at the two ends of the material which the used glasses is called Optical Cavity. It is responsible for photons reflecting to run in the material that is the medium of laser in sufficient quantity to obtain higher intensity until the Gain formation which is higher than beam system energy that cause of laser ejection.

We found that the laser is a special light source called coherent which refers the light sources with only single light, single phase, clear direction, not distortion and high light intensity.

When was the laser discovered?

At the present, the laser is the device that is a light source with energy and variety of features. It is applied in design. The discovery of laser occurred in 1954 by C.H Townes. He had proposed the theory of laser by the works that published in that time had been accepted and made him received the Nobel Prize in physics in 1964.

In the apparently principle of C.H Townes, it had become a driver to more study about laser. The development of laser technology has evolved steadily until in May 1960, Theodore Maiman had further research on laser at the Hughes Research Laboratories by introduced the principles of the C.H Townes to use in the first laser projector manufacturing of the world which is made of ruby (Ruby L aser), it is in the group of solid laser. In the same year, Javan had successfully invented the laser from helium-neon gas. The development of laser technology still be continues. There are the manufacturing of various types of laser whether made from solids, liquids, gases and diodes which is a type of semiconductor.

What is steel? Knowledge and major type of steel